The Three Types Of Flounder In Myrtle Beach

Did you know that there are three types of flounder in Myrtle Beach? You probably already know if you’re an experienced fisherman. But if you’re like most people, you may not know the difference between these fish.

The Three Most Common Type Of Flounder

A flounder is a flatfish that generally has both eyes on the same side of its head. As a bottom-dweller, it uses camouflage to help hide from predators and ambush prey. Along Myrtle Beach’s coast, three main flounder types are commonly found: Southern Flounder, Summer Flounder, and Gulf Flounder.

The Southern Flounder is a common species of flatfish found in estuarine waters along the southeastern coast of the United States. The southern flounder has a brownish top side with numerous dark and light spots and blotches. However, these spots are not ringed or ocellated like some other flounder species. You’ll also notice five pronounced brown spots on their back. Southern Flounder is the most common flounder caught in Myrtle Beach. While they can be found in waters off the coast of North Carolina to Texas, they are most prevalent near the mouths of bays and estuaries. They tend to prefer muddy or sandy bottoms where they can bury themselves in search of food. When trying to catch a Southern Flounder, it is important to use live bait such as shrimp, crabs, or small fish. This flounder species are also attracted to lures that mimic their natural prey.

Summer Flounder is a common Sight in coastal waters from Maine to North Carolina. These bottom-dwelling fish are most commonly found around inlets and in the ocean but can also be found in estuarine waters.

The fish has a light brown or yellowish-brown body with five distinct ocellated dark brown spots near the tail. The ocellated spot has a dark brown dot in the middle, surrounded by a white halo or ring.

They are commonly found in areas with sandy or muddy bottoms where they bury themselves in the sediment waiting for prey to swim by. When fishing for Summer Flounder, it is best to use live bait.

There’s a lot of confusion about summer flounder and gulf flounder. Some people think they’re the same fish with different names; others think they might be related but aren’t sure how.

On gulf flounder, they have three distinct ocellated spots that will typically be closer to the fish’s head, while on summer flounder, you’ll find the 5 spot pattern more toward the tail.

I hope that we have been able to help you identify the differences between these flounder species. It is challenging at first, but after you’ve studied a few catches, you’ll quickly be able to “spot” these differences. 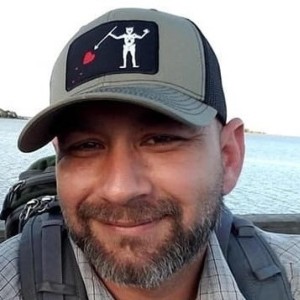